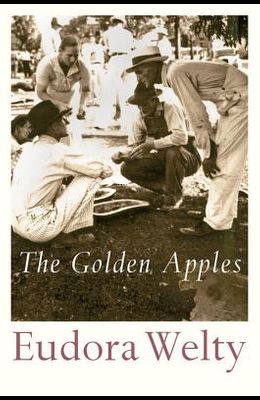 Here is Eudora Welty's classic portrait of a Mississippi town-where, as one inhabitant says, time goes like a dream no matter how hard you run. In Morgana, the young think of other places and the old know every name on every stone in the cemetery at the town's edge. Young and old, black and white, married and spinster, restless or settled, the voices that make up this collection of interrelated stories prove that Welty, as Katherine Anne Porter once wrote, had an ear sharp, shrewd, and true as a tuning fork. Like James Joyce's Dubliners and Sherwood Anderson's Winesburg, Ohio, The Golden Apples, though it gives readers a particular time and place, is both timeless and universal.
I doubt that a better book about 'the South'--one that more completely gets the feel of the particular texture of Southern life, and its special tone and pattern--has ever been written.-Original review, September 3, 1949, The New Yorker
A work of art . . . the original creation of an invaluable artist.-The New York Times Book Review

Eudora Welty (1909-2001) was born in Jackson, Mississippi. She worked as a photographer during the Depression and published her first book, a collection of short stories, in 1941. In addition to short fiction, Welty wrote novels, novellas, essays, and reviews, and was the winner of both the National Book Award and the Pulitzer Prize. By the time of her death in 2001, Welty had established herself as one of the most important and beloved American writers of the twentieth century.

0
|   0  reviews
Did you read The Golden Apples? Please provide your feedback and rating to help other readers.
Write Review