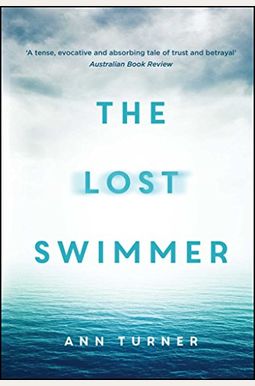 'The definition of a page-turner.' Marie Claire

'A vivid, suspenseful thriller that should appeal to those with a taste for armchair travel.' Sydney Morning Herald 'A smartly constructed, tense thriller that will leave you guessing until the very end. It's a remarkable debut from former filmmaker Ann Turner, who's destined to become a prominent name in Australian writing.' Better Reading review Rebecca Wilding, an archaeology professor, traces the past for a living. But suddenly, truth and certainty is turning against her. Rebecca is accused of serious fraud, and worse, she suspects - she knows - that her husband, Stephen, is having an affair. Desperate to find answers, Rebecca leaves with Stephen for Greece, Italy and Paris, where she can uncover the conspiracy against her, and hopefully win Stephen back to her side, where he belongs. There's too much at stake - her love, her work, her family. But on the idyllic Amalfi Coast, Stephen disappears. In a swirling daze of panic and fear, Rebecca is dealt with fresh allegations. And with time against her, she must uncover the dark secrets that stand between her and Stephen, and the deceit that has chased her halfway around the world.

0
|   0  reviews
Did you read The Lost Swimmer? Please provide your feedback and rating to help other readers.
Write Review