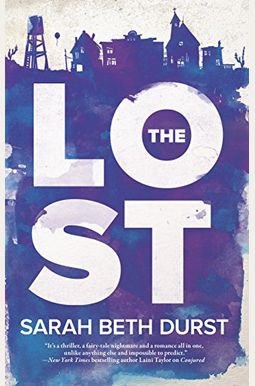 Conn may only be a wizard's apprentice, but even he knows it's dangerous to play with fire . . . especially around magic. His master, Nevery, warns him that it could all blow up in his face. Besides, they have bigger problems to deal with. There is evil afoot in the city of Wellmet, an evil that isn't human.

But Conn is drawn to the murmurs he hears every time he sets off an explosion--something is trying to talk to him, to warn him. When none of the wizards listen, Conn takes matters into his own hands. His quest to protect everything he loves brings him face-to-face with a powerful sorcerer-king and a treachery beyond even his vivid imagination.

The Lost Series In Order - By Sarah B Safdar

0
|   0  reviews
Did you read The Magic Thief: Lost? Please provide your feedback and rating to help other readers.
Write Review

List of All Editions of The Magic Thief: Lost