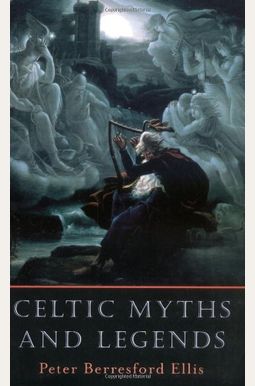 The Mammoth Book Of Celtic Myths And Legends

This is an enchantingly told collection of the stirring sagas of gods and goddesses, fabulous beasts, strange creatures, and such heroes as Cuchulain, Fingal, and King Arthur from the ancient Celtic world. Included are popular myths and legends from all six Celtic cultures of Western Europe--Irish, Scots, Manx, Welsh, Cornish, and Breton. Here for the modern reader are the rediscovered tales of cattle raids, tribal invasions, druids, duels, and doomed love that have been incorporated into, and sometimes distorted by, European mythology and even Christian figures. For example, there is the story of Lugh of the Long Hand, one of the greatest gods in the Celtic pantheon, who was later transformed into the faerie craftsman Lugh-Chromain, and finally demoted to the lowly Leprechaun. Celtic Myths and Legends also retells the story of the classic tragic love story of Tristan and Iseult (probably of Cornish origin--there was a real King Mark and a real Tristan in Cornwall) and the original tale of King Arthur, a Welsh leader who fought against the invading Anglo-Saxons. In the hands of Peter Berresford Ellis, the myths sung by long-dead Celtic bards come alive to enchant the modern reader. The casual reader will be best entertained by . the legends themselves .colored with plenty of swordplay, . quests, shape-shiftings, and druidic sorcery.--Publishers Weekly

Books like The Mammoth Book Of Celtic Myths And Legends

0
|   0  reviews
Did you read The Mammoth Book Of Celtic Myths And Legends? Please provide your feedback and rating to help other readers.
Write Review