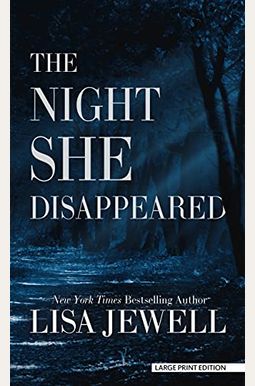 The Night She Disappeared

SOME NIGHTMARES YOU CAN'T FORGET
From the depths of sleep, Seattle TV reporter Anna Malone awakens to her phone ringing. She rarely drinks, and this hangover is brutal. Why can't she shake the feeling that something terrible happened last night? And why can't she recall any of it?

BUT EVEN WORSE
What Anna does remember: an awkward restaurant meal with her married lover, Russ Knoll, and his unsuspecting wife, Courtney. Russ's phone call reveals that Courtney is missing, and as days go by with no trace, he comes under police scrutiny. Anna's in the spotlight too, thanks to a TV rival with a grudge. Anna's not proud of her affair, but she and Russ aren't bad people. They're certainly not the killing kind.

IS THE ONE YOU CAN'T REMEMBER.
Anna already suspected that Courtney--a successful, charming author--might have a darker side. Is she truly missing? Perhaps the sudden disturbances in Anna's life aren't accidental after all. But no scenario that Anna imagines can compare to the twisted game unfolding around her, one chilling piece at a time.

Frequently Asked Questions About The Night She Disappeared

5
|   10  reviews
Did you read The Night She Disappeared? Please provide your feedback and rating to help other readers.
Write Review
1

List of All Editions of The Night She Disappeared