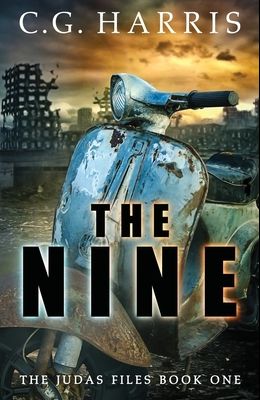 Gabe has carved a successful niche into his arctic afterlife, but when Judas Iscariot makes him an offer he doesn't dare refuse, Gabe must leave behind his black-market Twinkies and bootleg Dr. Peppers to become a double agent for the most dangerous organization the world has never heard of.

Easier said than done, especially when his skill set is limited to irritating quips and an eye for button-fly jeans. To make matters worse, his new partner, Alex, is a beautiful, hard-as-nails agent who wants nothing to do with him.

Gabe must figure out how to work with Alex, stop a deadly pathogen from being released Topside, and do it without botching the mission or revealing his true identity. If this unlikely hero can't figure it out before disaster strikes, facing the wrath of Hell will be the least of his worries.

If you like imperfect heroes, witty banter, and fast-paced action, then you'll love The Nine, the first book in The Judas Files.

. One Hell of a good read

Reminds me of the Dresden Files.

I laughed my way through this fast-paced story.

. an imaginative take on an old idea.

Frequently Asked Questions About The Nine

0
|   0  reviews
Did you read The Nine? Please provide your feedback and rating to help other readers.
Write Review