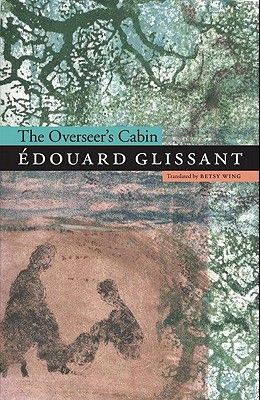 With douard Glissant's The Fourth Century, the Village Voice observed, we get the full effect of his overarching project: a literary exorcism of Martinique's scarred psyche and past, a lingering cry against the 'black hole of time and forgetting.' Glissant, one of the most significant figures in Caribbean literature (Washington Post), continues that project in The Overseer's Cabin, conjuring in one woman's story centuries knotted together by unknown blood, voiceless suffering, and death without echo. Beginning with the birth in 1928 of Mycea, the last of the intertwining ancestral families introduced in The Fourth Century, and ending with her release from an asylum in 1978, the novel moves back and forth across a framework that weaves the story of Mycea's family against the legacy of Martinique as an island whose history and indigenous people have all but been erased. From the beginnings of Mycea's family in the tale of two blood brothers, both named Odono, to its ending with the fate of her two sons, the novel encapsulates the island's destiny in one Martinican woman's plight. With the past irretrievable and the future in doubt, Mycea journeys inward, finding in her connection to the land of Martinique, and to the seafloor littered with drowned slaves, a reality, and a possibility, uncolonized by others' history. douard Glissant (born 1928) is a Martinican playwright, critic, essayist, and novelist. Betsy Wing's previous translations include Paule Constant's White Spirit, Glissant's The Fourth Century, and H l ne Cixous's The Book of Promethea, all available from the University of Nebraska Press.

0
|   0  reviews
Did you read The Overseer's Cabin? Please provide your feedback and rating to help other readers.
Write Review