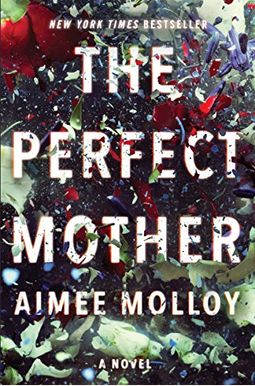 An addictive psychological thriller about a group of women whose lives become unexpectedly connected when one of their newborns goes missing.

A night out. A few hours of fun. That's all it was meant to be.

They call themselves the May Mothers--a group of new moms whose babies were born in the same month. Twice a week, they get together in Brooklyn's Prospect Park for some much-needed adult time.

When the women go out for drinks at the hip neighborhood bar, they are looking for a fun break from their daily routine. But on this hot Fourth of July night, something goes terrifyingly wrong: one of the babies is taken from his crib. Winnie, a single mom, was reluctant to leave six-week-old Midas with a babysitter, but her fellow May Mothers insisted everything would be fine. Now he is missing. What follows is a heart-pounding race to find Midas, during which secrets are exposed, marriages are tested, and friendships are destroyed.

Thirteen days. An unexpected twist. The Perfect Mother is a true page turner. --B.A. Paris, author of Behind Closed Doors

0
|   0  reviews
Did you read The Perfect Mother? Please provide your feedback and rating to help other readers.
Write Review