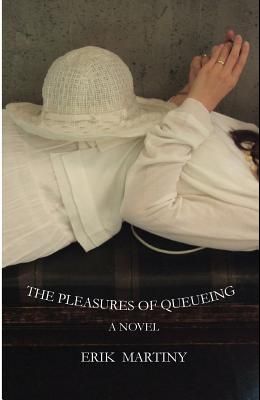 The Pleasures of Queueing

A raunchy, gargantuan, irreverent dash through the fields of ripeness and desire, spiced by history with a lightly borne trail of cultural baggage. (Reads like fun).
George Szirtes, critic for The Times, winner of the T. S. Eliot Prize

With The Pleasures of Queuing Erik Martiny joins Aidan Higgins, Julian Gough, Kevin Barry, on the more exuberant wing of the Irish comic novel. His is a frothy mix of cosmopolitanism and theologico-sexual intrigue, but echoing with an unmistakable steel behind the ribald laughs.
David Wheatley, critic for The Guardian, winner of Rooney Prize for Irish Literature

Hilarious and heartfelt in equal measure, Erik Martiny's story of bohemia and bountiful creation has the verve and nerve and verbal inventiveness of early Philip Roth.
Lee Jenkins, editor of The Cambridge Companion to Modernist Poetry

The Pleasures of Queuing is an irresistible addition to the distinguished recent annals of the Irish comic novel. The breathless eloquence of Martiny's narrative sweep through the eccentricities of his version of Cork doesn't allow the reader a moment's pause.
Bernard O'Donoghue, Oxford University, winner of the Whitbread Prize

Frequently Asked Questions About The Pleasures of Queueing

0
|   0  reviews
Did you read The Pleasures of Queueing? Please provide your feedback and rating to help other readers.
Write Review

List of All Editions of The Pleasures of Queueing