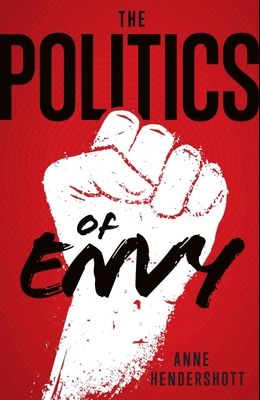 The Politics of Envy

When toxic envy grows unchecked, it will inevitably destroy an individual, a family, a society š€ševen a civilization. In our day, envy has reached its tipping point, fueling acts of anger, violence, and revenge in America's cities and corporate boardrooms.

In this timely and brilliantly written book, Anne Hendershott argues that the political class, social media, and advertisers have created a culture of covetousness by relentlessly provoking us to envy others and to be envied. The result is not surprising: a deeply indignant and rapacious generation that believes no one is more deserving of advantages and rewards than they.

Hendershott explains how envy leads to resentment, which eventually erupts into violence and rage, malicious mobs, cancel culture, and the elevation of dysfunctional political systems such as socialism and Marxism.

The Politics of Envy is the first book to provide a sociocultural probe into the root cause of the deadly sin of envy, and it charts a proven path out of this disordered and destructive thinking.

Frequently Asked Questions About The Politics of Envy

0
|   0  reviews
Did you read The Politics of Envy? Please provide your feedback and rating to help other readers.
Write Review

List of All Editions of The Politics of Envy