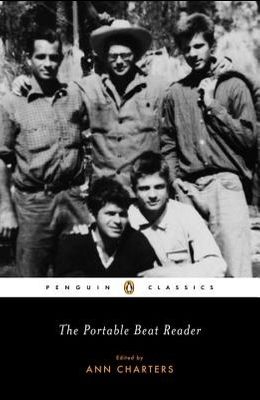 Beginning in the late 1940's, American literature discovered a four-letter word, and the word was beat. Beat as in poverty and beatitude, ecstasy and exile. Beat was Jack Kerouac touring the American road in prose as fast and reckless as a V-8 Chevy. It was the junk-sick surrealism of William Burroughs; the wild, Whitmanesque poetry of Allen Ginsberg; and the lumberjack Zen of Gary Snyder.

The Portable Beat Reader collects the most significant writing of these and fellow members (and spiritual descendants) of the Beat Generation, including Neal Cassady, Gregory Corso, Diane di Prima, Bob Dylan, Leroi Jones, and Michael McClure. In poetry, fiction, essays, song lyrics, letters, and memoirs, it captures the triumphant rudeness, energy, and exhilaration of a movement that swept through American letters with hurricane force. For more than seventy years, Penguin has been the leading publisher of classic literature in the English-speaking world. With more than 1,700 titles, Penguin Classics represents a global bookshelf of the best works throughout history and across genres and disciplines. Readers trust the series to provide authoritative texts enhanced by introductions and notes by distinguished scholars and contemporary authors, as well as up-to-date translations by award-winning translators.

0
|   0  reviews
Did you read The Portable Beat Reader? Please provide your feedback and rating to help other readers.
Write Review

List of All Editions of The Portable Beat Reader