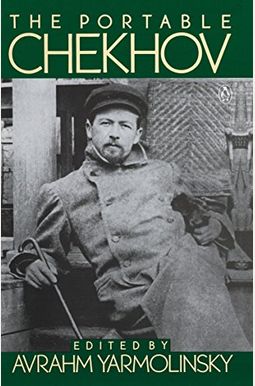 Anton Chekhov remarked toward the close of his life that people would stop reading him a year after his death. But his literary stature and popularity have grown steadily with the years, and he is accounted the single most important influence on the development of the modern short story.

Edited and with an introduction by Avrahm Yarmolinsky, The Portable Chekhov presents twenty-eight of Chekhov's best stories, chosen as particularly representative of his many-sided portrayal of the human comedy--including The Kiss, The Darling, and In the Ravine--as well as two complete plays; The Boor, an example of Chekhov's earlier dramatic work, and The Cherry Orchard, his last and finest play. In addition, this volume includes a selection of letters, candidly revealing of Chekhov's impassioned convictions on life and art, his high aspirations, his marriage, and his omnipresent compassion.

0
|   0  reviews
Did you read The Portable Chekhov? Please provide your feedback and rating to help other readers.
Write Review