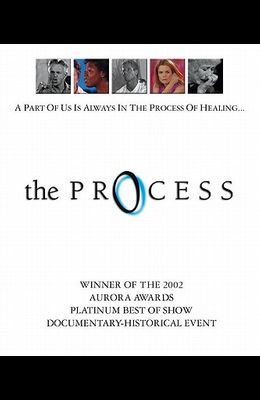 What if it were possible to recreate history, to reach across time toward some defining moment and mend a psyche wounded by empathetic failure or abuse? One July, nine people gathered in a Los Angeles studio to attempt just such a regeneration. Each came bearing the weight of a troubled past, of addiction, violence, neglect. All were transformed by the effects of psychodrama.

Led by Dr. Tian Dayton, one of the foremost practitioners of psychodrama working today, Scott, Onika, Rick and the other participants in THE PROCES are taken through a powerful form of experimental group therapy in which members help one another to heal old hurts through role play. Through both this role-playing as well as the dynamics of group therapy, the participants form a fuller understanding of the events that have framed their lives. Psychodrama allows for a fuller expression of self on all levels, providing a safe space in which to explore not only our past wounds, but aspects of the self. The group is society in miniature (Moreno, 1936) with all of its encumbant trials, fears, joys, hopes and dreams. With candor, compassion and wit, THE PROCES unveils the restorative power of psychodrama. Helmed in a graphically dynamic style by Academy Award-nominated director Richard Greenberg and generously funded by Gary Seidler, this groundbreaking project reveals with touching detail that, in an atmosphere of mutual support and understanding, even the most searing wounds can be healed and joy and laughter restored.

0
|   0  reviews
Did you read The Process (70 Minute DVD)? Please provide your feedback and rating to help other readers.
Write Review

List of All Editions of The Process (70 Minute DVD)