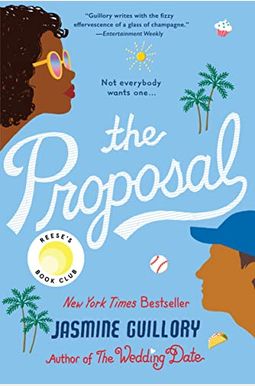 From the author of The Wedding Date comes a new novel about the perils of public proposals and the beauty of an unexpected second chance.

When Nik Paterson went to the Dodgers game with her C-list actor boyfriend, Ford, for his birthday, she expected nothing more than a few boring hours with him and his bros. She certainly didn't expect a Jumbotron proposal. Or her name to be misspelled. Or to go viral in minutes. Carlos Ibarra wants to hang out with his sister, catch a Dodgers game, and relax for once. But when a camera crew descends on Nik after the disastrous proposal, he has to rescue her. After they flee the stadium, he delivers her into the arms of her supportive girlfriends, and they both think they'll never see each other again. Fate has other plans. Nik and Carlos keep crossing paths, accidentally and on purpose. When they finally give in to their attraction to each other, they are on the same page: sex and nothing more. But the proposed friends-with-benefits relationship is turning into something more, and the pair have to decide if they have room in their lives for love.

Frequently Asked Questions About The Proposal

The Wedding Date Series In Order - By Jasmine Guillory

4
|   1  review
Did you read The Proposal? Please provide your feedback and rating to help other readers.
Write Review
1