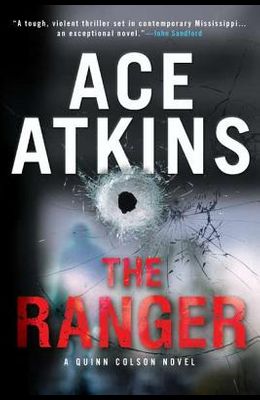 Atkins can write rings around most of the names in the crime field. -- Elmore Leonard Atkins has solidified his place alongside Dennis Lehane and George Pelecanos as one of our most important crime writers. -- Associated Press Every year, Ace Atkins's novels win extraordinary critical acclaim, awards, inclusion on year's-best lists. But he has never written anything like The Ranger: the first of a remarkable new series about a real hero, and the real Deep South. Northeast Mississippi, hill country, rugged and notorious for outlaws since the Civil War, where killings are as commonplace as in the Old West. To Quinn Colson, it's home -- but not the home he left when he went to Afghanistan. Now an Army Ranger, he returns to find a place overrun by corruption, and his uncle, the county sheriff, dead -- a suicide, he's told, but others whisper murder. In the days that follow, it will be up to Colson to discover the truth, not only about his uncle, but about his family, his friends, his town, and not least of all, himself. And once it is discovered, there is no turning back. South Louisiana has Dave Robicheaux. Minnesota has Lucas Davenport. Los Angeles has Harry Bosch and Elvis Cole and Joe Pike. Florida has Doc Ford. Now rural Mississippi has a magnetic young hero all its own, and his ongoing adventures in a world of violence and honor. With prose, characters, and atmosphere so rich they leap off the page, The Ranger proves why Michael Connelly calls Atkins one of the best crime writers at work today.

Frequently Asked Questions About The Ranger

What should you read after The Ranger Book? Here is a list of books to read if you read and loved The Ranger

0
|   0  reviews
Did you read The Ranger? Please provide your feedback and rating to help other readers.
Write Review