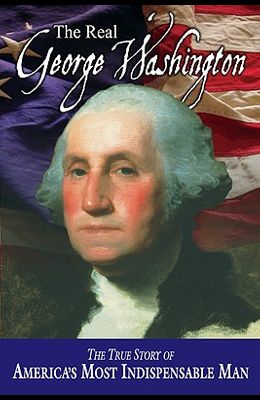 Book #3 in the American Classics Series
by
Andrew M Allison and Paul B Skousen and Jay A Parry
$24.95
Select Format

This is the best-selling classic regularly featured by Glenn Beck to Fox TV viewers!

The Real George Washington: The True Story of America s Most Indispensable Man.

There is properly no history, only biography, wrote Ralph Waldo Emerson. If that is true of the general run of mankind, it is particularly true of George Washington. The story of his life is the story of the founding of America. His was the dominant personality in three of the most critical events in that founding: the Revolutionary War, the Constitutional Convention, and the first national administration. Had he not served as America's leader in those three events, all would likely have failed -- and America, as we know it today, would not exist.

Why, after two centuries, does George Washington remain one of the most beloved figures in our history? The Real George Washington answers that question by giving us a close look at this man who became the father of our country and the first American President. But rather than focus on the interpretations of historians, much of his exciting story is told in his own words. The second part of this 928-page book brings together the most important and insightful passages from Washington's writings, conveniently arranged by subject.

Published by the National Center for Constitutional Studies, a nonprofit educational foundation dedicated to restoring Constitutional principles in the tradition of America's Founding Fathers.

The National Center for Constitutional Studies.is doing a fine public service in educating Americans about the principles of the Constitution. -- Ronald Reagan, President of the United States

0
|   0  reviews
Did you read The Real George Washington? Please provide your feedback and rating to help other readers.
Write Review

List of All Editions of The Real George Washington