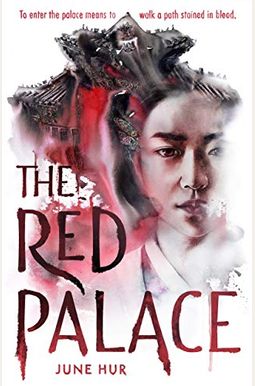 June Hur, critically acclaimed author of The Silence of Bones and The Forest of Stolen Girls, returns with a third evocative, atmospheric historical mystery perfect for fans of Courtney Summers and Kerri Maniscalco.

To enter the palace means to walk a path stained in blood. Joseon (Korea), 1758. There are few options available to illegitimate daughters in the capital city, but through hard work and study, seventeen-year-old Hyeon has earned a position as a palace nurse. All she wants is to keep her head down, do a good job, and perhaps finally win her estranged father's approval. But Hyeon is suddenly thrust into the dark and dangerous world of court politics when someone murders eight palace nurses in a single night, and the prime suspect is Hyeon's closest friend and mentor. Determined to prove her beloved teacher's innocence, Hyeon launches her own secret investigation. In her hunt for the truth, she encounters Eojin, a young undercover police inspector also searching for the killer. When evidence begins to point to the Crown Prince himself as the murderer, Hyeon and Eojin must work together to search the darkest corners of the palace to uncover the deadly secrets behind the bloodshed.

0
|   0  reviews
Did you read The Red Palace? Please provide your feedback and rating to help other readers.
Write Review