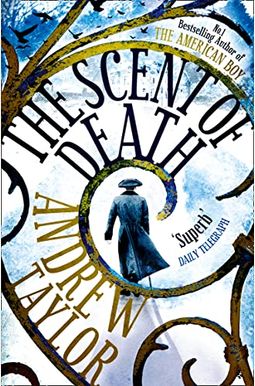 The Scent Of Death

*WINER of the Ellis Peters Historical Dagger Award 2013* 'Andrew Taylor wrote superb historical fiction long before Hilary Mantel was popular' Daily Telegraph From the No.1 bestselling author of THE AMERICAN BOY comes a new historical thriller set during the American War of Independence.

August, 1778. British-controlled Manhattan is a melting pot of soldiers, traitors and refugees, surrounded by rebel forces as the American War of Independence rages on.

Into this simmering tension sails Edward Savill, a London clerk tasked with assessing the claims of loyalists who have lost out during the war.

Savill lodges with the ageing Judge Wintour, his ailing wife, and their enigmatic daughter-in-law Arabella. However, as Savill soon learns, what the Wintours have lost in wealth, they have gained in secrets.

The murder of a gentleman in the slums pulls Savill into the city's underbelly. But when life is so cheap, why does one death matter? Because making a nation is a lucrative business, and some people cannot afford to miss out, whatever the price.

Frequently Asked Questions About The Scent Of Death

0
|   0  reviews
Did you read The Scent Of Death? Please provide your feedback and rating to help other readers.
Write Review

List of All Editions of The Scent Of Death