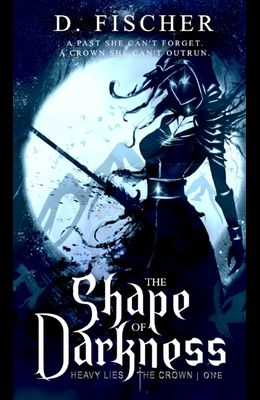 The Shape of Darkness (Heavy Lies the Crown)

Book #1 in the Heavy Lies the Crown Series
by
D Fischer
$24.99
Select Format

For ten years, Nefari Ashcroft, princess of the Shadow Kingdom, has hidden. For ten years, she's endured the memory of everyone she's lost. Half the shadow people are dead, the other half are enslaved, and her once prosperous kingdom is nothing but an elaborate mass grave.

Now, dark magic has allowed the Queen of Salix to wreak havoc on the realm; wraiths hunt from the sky, the harvestmen march across the land, and the bone criers pick apart the flesh of the corpses left behind.

Nefari was prophesied to rise and be the sword of the realm. With her bright starlight magic, she was born to conquer the darkness. And for ten years, she's trained to do just that. . .

It should be easy to step into the position her mother let for her, since everyone thought she died the day her kingdom was destroyed. But staying hidden - remaining 'nobody' - is simpler than accepting her dark past, enduring her harrowing fate, and claiming her broken crown.

An instant bestselling tale of empowering women in the face of impossible odds, perfect for Sarah J. Maas and Holly Black fans.

﻿This series is a detailed world full of legends and myths given flesh, and a princess chosen to save them all.

Heavy Lies the Crown Series In Order - By D Fischer

0
|   0  reviews
Did you read The Shape of Darkness (Heavy Lies the Crown)? Please provide your feedback and rating to help other readers.
Write Review