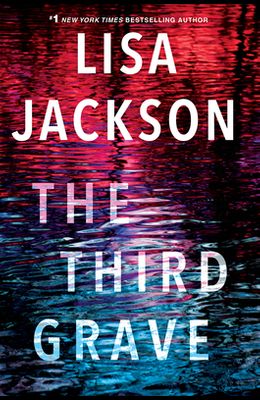 A thrilling new crime novel from the bestselling author of You Betrayed Me, perfect for fans of Sandra Brown and Iris Johansen Return to the dark side of Savannah, Georgia where a crime writer and her police detective husband are working a cold case, and hot on the trail of a killer whose work isn't done.

The old Beaumont mansion is a rotting shell of its once-grand self, especially after a disastrous hurricane sweeps through Georgia. The storm does more than dislodge shutters and shingles. It leads to a grisly find in the cellar. Three graves. But only two skeletons. For Nikki, the discovery is a gift, the perfect subject for her next crime book--though Reed has made her promise not to keep involving herself in dangerous police business. But despite the increasing tension between them, Nikki can't stay away from this story. Rumors are widespread that the burial site is the resting place of the Duval sisters--three young girls who went to the movies with their older brother, Owen, twenty years ago, and never returned. Forensics confirms that the remains belong to Holly and Poppy Duval. But where is the youngest sister, Rose? Owen Duval was, and remains, the prime suspect, alibi or no. But as Nikki and Reed delve deep into the mystery, fractures in the case begin to show. There is more to the sisters' disappearance than anyone ever guessed. Far from an isolated act, those deaths were just the beginning. And there will be no rest, and no relenting, until the killer has buried the twisted truth along with his victims.

0
|   0  reviews
Did you read The Third Grave: A Riveting New Thriller? Please provide your feedback and rating to help other readers.
Write Review

List of All Editions of The Third Grave: A Riveting New Thriller