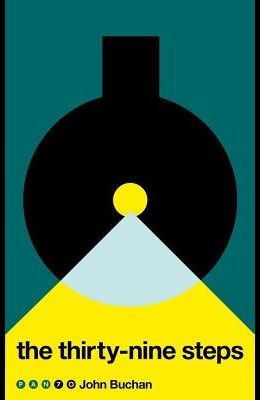 We know the Buchan formula well, although few may remember it was he who set the mold: take an apparently ordinary man, and let him be drawn into a mystery he only vaguely understands; give him a task to perform, and set obstacles in his path; see that he cannot turn to established authority, see that he cannot be certain who he can trust € and then, set the clock ticking. . .

The novel is set during May and June 1914; war was evident in Europe, Richard Hannay the protagonist and narrator, an expatriate Scot, returns to his new home, a flat in London, after a long stay in Rhodesia to begin a new life. One night he is buttonholed by a stranger, a well-travelled American, who claims to be in fear for his life. The man appears to know of an anarchist plot to destabilise Europe, beginning with a plan to assassinate the Greek Premier, Constantine Karolides, during his forthcoming visit to London. The man reveals his name to be Franklin P. Scudder, a freelance spy, and remarks that he is dead, which holds Hannay's attention. Scudder explains that he has faked his own death to avert suspicion. Scudder claims to be following a ring of German spies called the Black Stone who are trying to steal British plans for the outbreak of war. Hannay lets Scudder hide in his flat, and sure enough the next day another man is discovered having apparently committed suicide in the same building. A couple of days later Hannay returns home to find Scudder dead with a knife through his heart. And that is just the beginning.

0
|   0  reviews
Did you read The Thirty-Nine Steps? Please provide your feedback and rating to help other readers.
Write Review