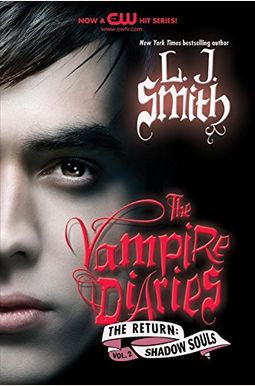 Elena Gilbert's love, the vampire Stefan Salvatore, has been captured and imprisoned by demonic spirits who are wreaking havoc in Fell's Church. While her friends Bonnie and Meredith explore the evil that has taken over their town, Elena goes in search of Stefan.

In order to find him, she entrusts her life to Stefan's brother, Damon Salvatore, the handsome but deadly vampire who wants Elena, body and soul. Along with her childhood friend Matt, they set out for the slums of the Dark Dimension, where Stefan is being held captive. It is rumored to be a world where vampires and demons roam free, but humans must live enslaved to their supernatural masters. . . .

Elena will stop at nothing to free Stefan. Yet with each passing day the tension between Elena and Damon grows, and she is faced with a terrible decision: Which brother does she really want?

Back in Fell's Church, Bonnie and Meredith have made some dire discoveries. They hastily try to follow Elena and warn her--only to be caught up in Elena's most dangerous adventure yet.

3
|   3  reviews
Did you read The Vampire Diaries: The Return: Shadow Souls? Please provide your feedback and rating to help other readers.
Write Review
1

List of All Editions of The Vampire Diaries: The Return: Shadow Souls