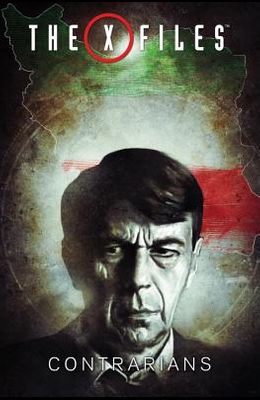 Ongoing mystery and intrigue continue with these all-new stories set in the world of the ever-popular conspiracy-solving series. The truth is out there.

For years, FBI agents Fox Mulder and Dana Scully toiled in the X-Files Unit, a one-office division of the Bureau dealing with cases deemed unsolvable and related to unexplained phenomena. Eventually, both agents left the FBI and began new lives in peaceful anonymity. However, recent events prompted them to return to the Bureau and the X-Files. Now, Mulder has been contacted by someone from his father's past, connected to the Iran-Contra scandal, who mysteriously survived a firing squad ordered by the government. But an illegal arms deal wasn't the reason Bill Mulder was in Nicaragua. Then, in 1970, as a young Marine, Walter Skinner uncovered a mysterious amulet deep in the jungles of Vietnam. Now, the amulet has returned to him, bringing the ghosts of his past along with it. Volume 3 collects issues #10-13 and guest-stars both the Cigarette-Smoking Man and President Ronald Reagan

0
|   0  reviews
Did you read The X-Files, Vol. 3: Contrarians? Please provide your feedback and rating to help other readers.
Write Review

List of All Editions of The X-Files, Vol. 3: Contrarians