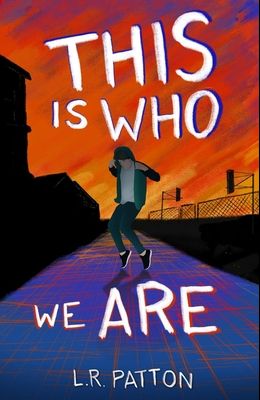 This is Who We Are

An emotional story of dance and class, combining the sincerity of K.A. Holt's House Arrest with the gritty urban feel of Kwame Alexander's The Crossover and the triumphant spirit of Footloose, THIS IS WHO WE ARE is a middle grade novel in verse about a neglected community, the shared humanity of its people and art that can save from violence and hate, even across the dividing lines of economic class.

Mason Steele is a twelve-year-old popping animation dancer who just lost his cousin to violence on the streets of The Heights, only a couple of years after losing his dad on the same streets. He's angry. But even angrier that his 99-year-old great-grandmother, Memaw, is still planning to hold her community-wide 100th birthday party. How can they celebrate with so much sorrow sitting on their shoulders?

And, besides, while The Heights used to be one of the few places in Houston that broke class boundaries, thanks to its run-down basketball court where rich and poor play pick-up games, things are changing fast. The wealthy across the tracks are clamoring for the city to clean up the violence in The Heights, the basketball court's become a battleground, and prospectors have been scoping out The Heights for their improvement plans, which everybody knows means gentrification is on its way.

Memaw says art-painting, basketball, dance-can save the community. But can it, really? And, more importantly, will Mason be brave enough to share his art with a community that might just laugh at a boy who loves to dance?

Frequently Asked Questions About This is Who We Are

0
|   0  reviews
Did you read This is Who We Are? Please provide your feedback and rating to help other readers.
Write Review

List of All Editions of This is Who We Are