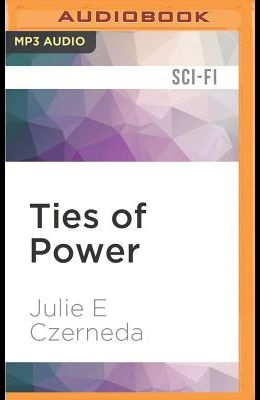 Book #5 in the The Clan Chronicles Series
by
Julie E Czerneda and Allyson Johnson
$0.00
Select Format

Self-exile became Sira's only choice when she discovered how deeply she'd been betrayed by the leaders of her own people. Rather than allow them to continue to use her for their own ruthless purposes, Sira, the most powerful being ever born to the alien race known at the Clan, fled with the human telepath, Jason Morgan.

Now, living on a distant world in an environment over which she has control, Sira is striving to carve out a new life for herself. But there are those determined to take from her what she will not willingly give, and when she and Jason fall victim to an unforeseen attack, it sets in motion a series of events which will see Jason searching the starways on a mission of vengeance and Sira leagued with the Drapsk, a little understood race which is extremely adept at trading.

For the Drapsk see in Sira a power which could regain them something which has long been lost. And they will do anything to protect this woman who is their greatest hope for the future.

The Clan Chronicles Series In Order - By Julie E Czerneda

0
|   0  reviews
Did you read Ties of Power? Please provide your feedback and rating to help other readers.
Write Review