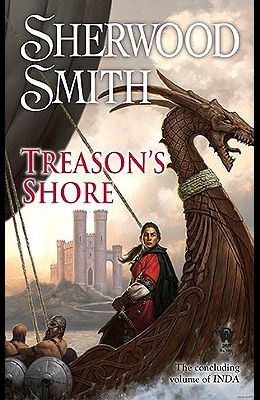 Book #4 in the Inda Series
by
Sherwood Smith
$3.88
Select Format

After ten years of exile on the sea, Inda returned home to protect his country from attack by an ancient enemy. But he found his home utterly changed. His old classmate Evred, a formerly powerless younger prince, was not king--and made Inda is Royal Shield Arm, the leader of defense for his entire kingdom. His country's enemy, the Venn, were planning the largest naval attack in history, and the first line of defense would be in a critically strategic strait to the north. Control of this strait had been contested for generations, often by war, and Inda would need strong allies to overcome the Venn. Even with these allies, Inda would be severely disadvantaged and outnumbered. Could Inda, military genius but only one man, find a way to defeat the powerful navy of the Venn and bring peace to his battered homeland at last?

0
|   0  reviews
Did you read Treason's Shore? Please provide your feedback and rating to help other readers.
Write Review