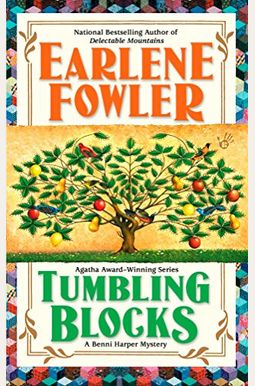 In the new novel in the breezy and] humorous (Chicago Sun-Times) series, Benni Harper is carrying a bundle of holiday stress--as she unwraps the secrets of an elite and possibly murderous society.

San Celina's most exclusive society suddenly has an opening and Benni Harper has been tapped--not to join, but to investigate. The upper crust, female-only 49 Club is restricted to exactly that many members, and one must die before another joins. When the latest socialite de-pledges in her sleep, Benni's boss wants the mystery solved--and naturally, it's landed on Benni's to-do list. Reluctant at first, she profiles a few women whose social ambitions give them an obvious motive. But with a famously reclusive artist about to put Benni's quilting museum on the map--and her daunting mother-in-law soon to arrive--Benni's holiday is already hectic. Nevertheless, she'll need to crack this exclusive circle of suspects, before one more gourmet goose gets cooked. Benni delves into the secrets of the town's elite with her usual flair, unraveling a plot that is as dangerous as the bulls on her father's ranch and as cozy as the quilts she reveres.--Publishers Weekly The rich cast of secondary characters and] plenty of humor.enrich this thirteenth in the long-running series.--Booklist

List of All Editions of Tumbling Blocks (Benni Harper Mystery)