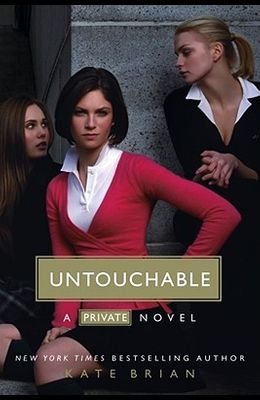 Reed's boyfriend, Thomas Pearson -- the popular, easygoing, irresistibly handsome and charismatic boy she fell in love with -- is dead. No one knows how it happened, and everyone is after the truth. Or are they? Life at Easton Academy begins to feel very different. Taylor is acting like the poster child for Prozac, Kiran is spiking her cornflakes, Noelle is being kind of.nice, and Arianna keeps floating along as if nothing has happened. Thanksgiving break arrives and Reed and Josh find themselves alone on campus. They are forced to confront the feelings they've been hiding. Those feelings combined with an empty campus result in the hottest hookup Reed could possibly imagine. But when Reed breaks the news about Josh to the Billings Girls, there's no fun game of tell-all. Instead, Josh begins to look like suspect No. 1 in the murder of Thomas Pearson. The perfect life Reed has constructed as a Billings Girl begins to crumble. And as everyone becomes more convinced of Josh's guilt, Reed's private suspicions lead her somewhere she doesn't want to go.

What should you read after Untouchable Book? Here is a list of books to read if you read and loved Untouchable

0
|   0  reviews
Did you read Untouchable? Please provide your feedback and rating to help other readers.
Write Review