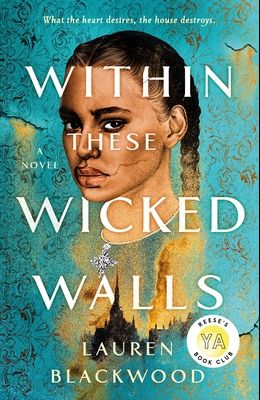 Within These Wicked Walls

Andromeda is a debtera--an exorcist hired to cleanse households of the Evil Eye. She would be hired, that is, if her mentor hadn't thrown her out before she could earn her license. Now her only hope of steady work is to find a Patron--a rich, well-connected individual who will vouch for her abilities.

When a handsome young heir named Magnus Rochester reaches out to hire her, she takes the job without question. Never mind that he's rude and demanding and eccentric, that the contract comes with a number of outlandish rules. and that almost a dozen debtera had quit before her. If Andromeda wants to earn a living, she has no choice. But she quickly realizes this is a job like no other, with horrifying manifestations at every turn, and that Magnus is hiding far more than she has been trained for. Death is the most likely outcome if she stays, the reason every debtera before her quit. But leaving Magnus to live out his curse alone isn't an option because--heaven help her--she's fallen for him. Stunningly romantic, Lauren Blackwood's heartstopping debut, Within These Wicked Walls, ushers in an exciting new fantasy voice. Fierce, eerie and heartfelt. a romantic and spine-chilling reimagining of a classic. I loved every creepy, swoon-worthy moment of it. - Laura E. Weymouth, author of The Light Between Worlds

Frequently Asked Questions About Within These Wicked Walls

0
|   0  reviews
Did you read Within These Wicked Walls? Please provide your feedback and rating to help other readers.
Write Review

List of All Editions of Within These Wicked Walls