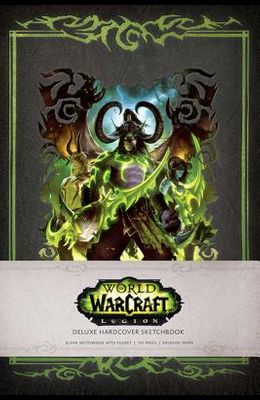 From Blizzard Entertainment, the gaming powerhouse behind Warcraft(R), Diablo(R), and Starcraft(R), a deluxe illustrated sketchbook inspired by the celebrated art of the classic role-playing game series, World of Warcraft.

0
|   0  reviews
Did you read World of Warcraft: Legion Hardcover Blank Sketchbook, 1? Please provide your feedback and rating to help other readers.
Write Review

List of All Editions of World of Warcraft: Legion Hardcover Blank Sketchbook, 1