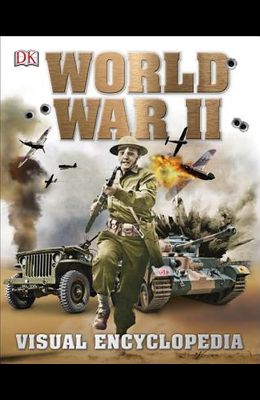 World War I: Visual Encyclopedia is a new book for kids ages 9-12 that profiles the soldiers who served, key events, and the technology of war.

With more than 200 individual entries of specially commissioned CGI images, World War I: Visual Encyclopedia covers the key players including Winston Churchill, Adolf Hitler, Franklin D Roosevelt, Harry Truman, and Charles de Gaulle; major events such as the invasion of Poland, Battle of Britain, and Pearl Harbor; plus the weapons and machinery used such as Gato-class submarines, V1 Rockets, and the atomic bomb, all with age-appropriate text and images.

With key information available at a glance and data boxes to dip into, plus facts and stats to compare, kids can discover the most cunning strategists, the longest battles, the fastest fighter planes, and more in this new addition to DK's award-winning Visual Encyclopedia format.

List of All Editions of World War II: Visual Encyclopedia