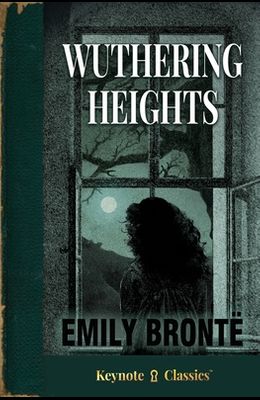 Wuthering Heights is Emily Bront 's only novel. Although it is now widely regarded as a classic of English literature, contemporary reviews for the novel were deeply polarised; it was considered controversial because its depiction of mental and physical cruelty was unusually stark, and it challenged strict Victorian ideals of the day, including religious hypocrisy, morality, social classes and gender inequality.

In the second half of the 19th century, Charlotte Bront 's Jane Eyre was considered the best of the Bront sisters' works, but following later re-evaluation, critics began to argue that Wuthering Heights was superior. The book has inspired adaptations, including film, radio and television dramatisations, a musical, a ballet, any several operas. Much of the novels continued appeal lies in its assured demonstration of the finite and tragically self-consuming nature of passion.

List of All Editions of Wuthering Heights (Annotated Keynote Classics)